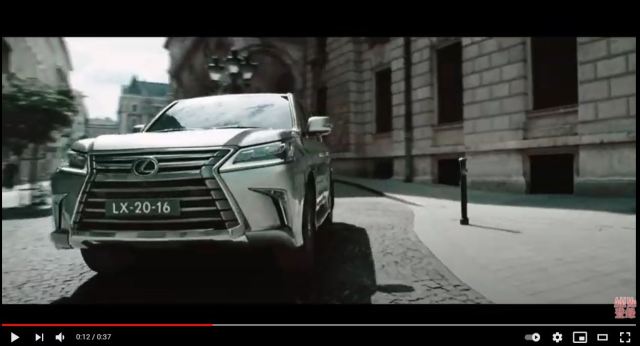 While there’s been a dramatic decline in car thefts over the past decade by nearly 50 percent, it remains a problem in Japan, and for at least the past three years one of the top three most stolen brands has been the Lexus luxury vehicles from Toyota.

It was certainly the vehicle of choice for one thief in Nagoya, Aichi Prefecture, who was first spotted stealing a Lexus RX mid-sized car-based SUV from the driveway of a residence in the middle of the night last January.

▼ A news report showing surveillance footage of the theft

As the footage shows, two suspects swooped right in and peeled back the fender, presumably to hot wire the engine. Later, one suspect appears to start the luxury car with relative ease. Shortly after, both the thief and car vanished never to be seen again…

Until the following month, when the stolen Lexus RX – valued at about five million yen (US$45,000) – drove up to a parked Lexus LX full-sized luxury SUV worth about 10 million yen ($90,000) with the intent to steal it. As a result of that theft, police arrested 37-year-old restaurant owner Shogo Matsuda for his suspected involvement in it.

However, they arrested Matsuda again on 7 July when they confirmed the Lexus used in that theft was indeed the one stolen in January. Police are now investigating further to find any links to an organized car theft ring, or if this guy just really likes Lexus cars. Meanwhile, readers of the news were amazed at how frequently people steal these kinds of vehicles.

“He never made it to the Land Cruiser.”
“Stealing a Lexus to steal another Lexus. It’s a vicious cycle.”
“They really like Lexus.”
“I bet that ‘restaurant’ of his is a fraud to get social benefits.”
“I was thinking of buying a Lexus, but now I’m scared to.”
“The police should just plant Lexuses randomly around the city that have taser chairs when someone tries to steal them.”
“Moving up in the world one Lexus at a time.”
“Any time I see a Lexus now I assume it’s a stolen car.”

A lot of comments also saw similarities with the Japanese folk tale Warashibe Choja (Straw Millionaire) in which a peasant starts with a single piece of straw and gradually trades it up to a fortune.

However, when comparing the gas mileage between the RX and LX, it’s safe to say that Matsuda was allegedly stealing from himself in the long run. That and the fact that he was arrested for all this makes it considerably different from the fable.