Did you know your rice cooker is also a ramen rice cooker?【SoraKitchen】 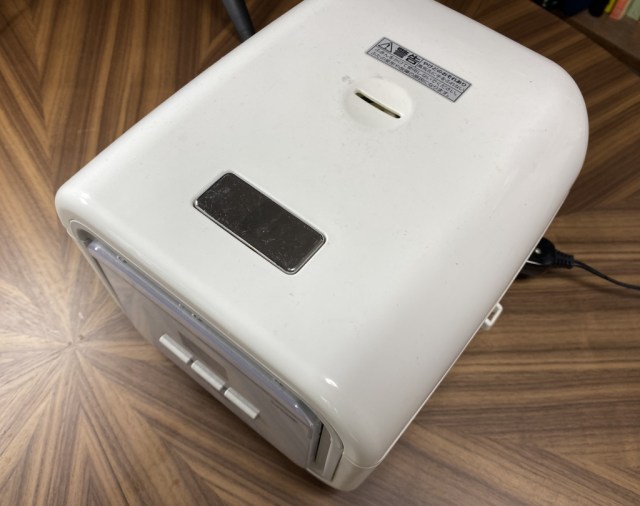 Ramen rice fills our stomach with guilty pleasure, and our heart with hope for the future.

The term “rice cooker” is really kind of misleading. When you break it down, the appliance consists of a pot, a heat source, and a timer, so theoretically you can use it to cook anything that’ll fit in the pot.

So, for instance, what would happen if you dumped a bowl of ramen into your rice cooker, and at the same time it was cooking some rice too? We realize that’s not a question most people would ask, but as we’re sure you’ve noticed by now, we’re not most people, so that’s where we find ourselves today. 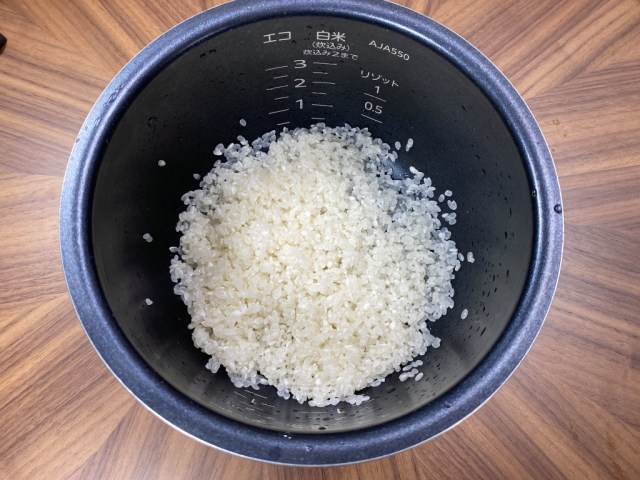 Step one is the non-crazy part: just pour a single scoop of rice (180 milliliters/6.1 ounces) of white rice into the rice cooker pot. Next, you’ll need cooked ramen noodles, plus whatever toppings and broth you want. For this part, we picked up some pork ramen from Tokyo’s Ramen Butayama restaurant. 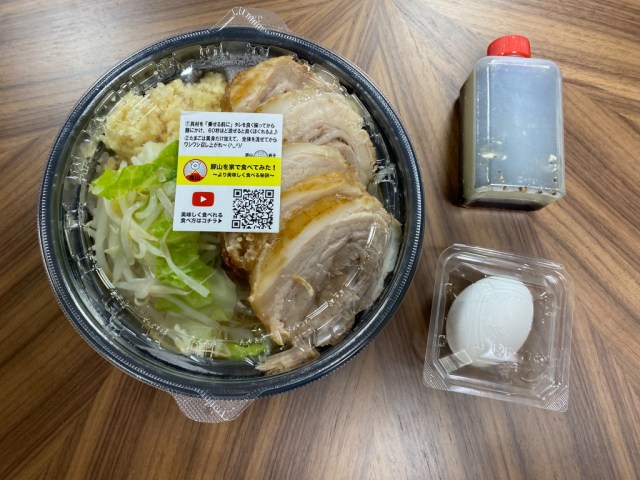 Place the noodles on top of the rice and add water. Since we were using a brothless ramen, we poured in 400 milliliters (13.5 ounces) of water, enough to cook two scoops or rice. 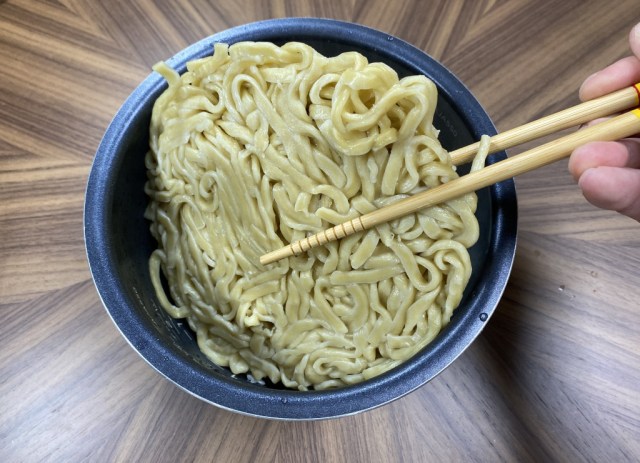 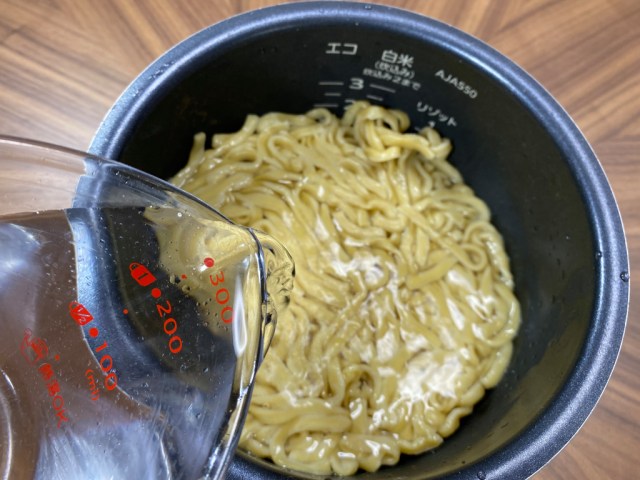 Now it’s time to add any ramen seasonings you have. In our case, this turned out to be mashed garlic paste and the thick sauce base called tare. 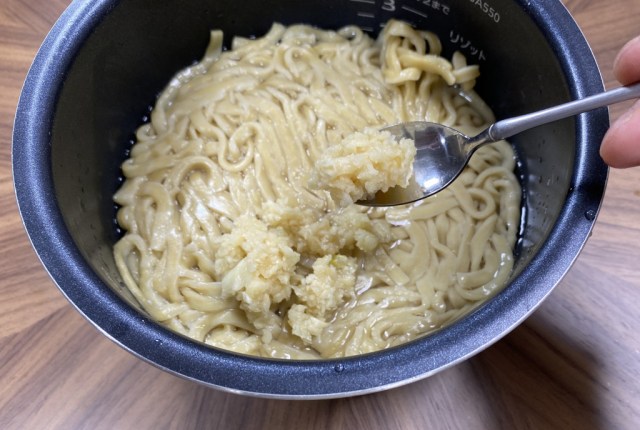 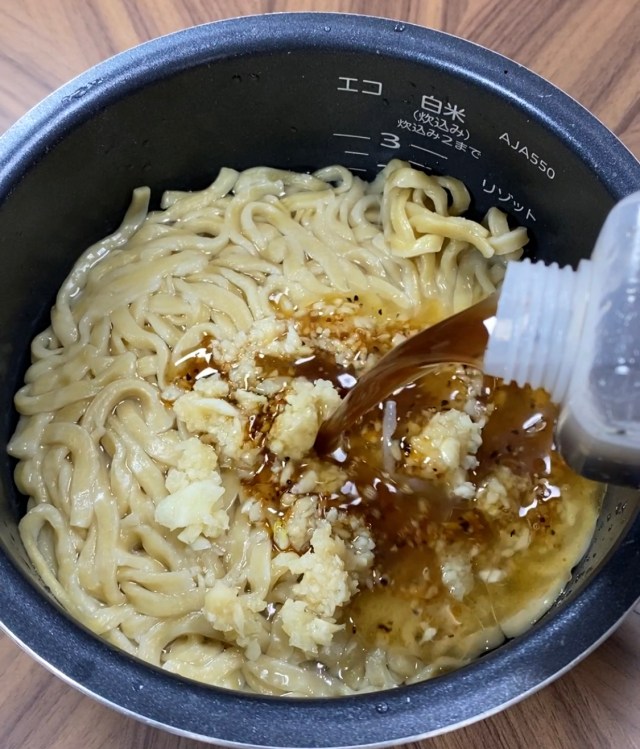 Give everything a few gentle stirs, then add any vegetable toppings… 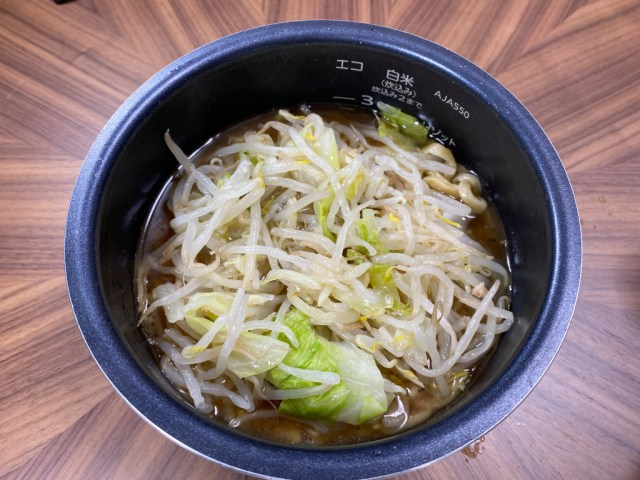 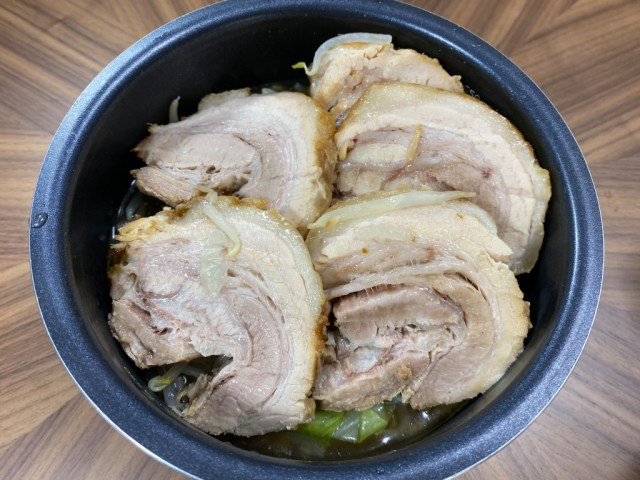 Then all that’s left to do is close the lid and start the cooking cycle. In total, it took about an hour for our ramen rice to cook. During the process, we noticed there wasn’t as much steam coming out of the cooker as when we just cook rice, but in terms of smell, this was a good thing, since we figured a billowing plume of garlic vapor probably would have stunk up the kitchen pretty badly.

When the hour was up, we popped the lid, and…

…well, at first glance it looked pretty much the same as it had before we started the cooking. Grabbing our rice scoop and stirring things up, though…

…revealed ramen rice had been achieved! 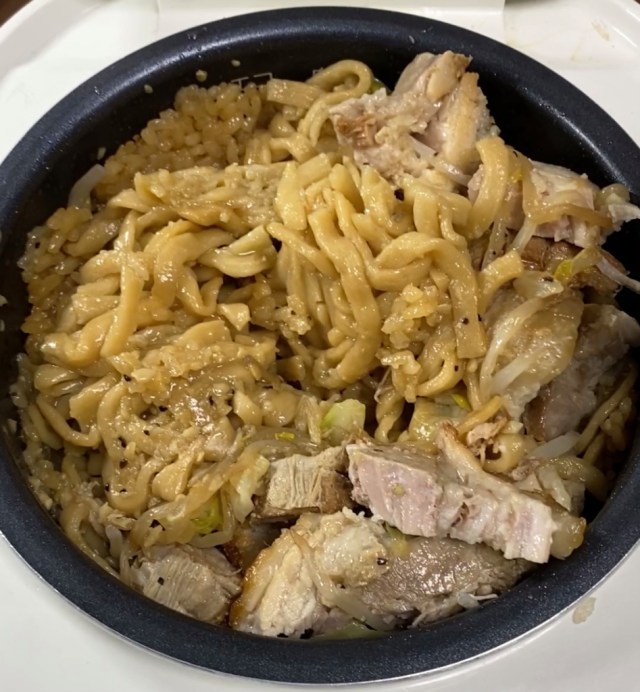 It may not look fancy, but hey, we’re here for the taste. And on that front, ramen rice delivers! Butayama’s ramen is part of the strong-flavored “Jiro-inspired” ramen category, and every bite made us smile from the delicious garlic and juicy pork sensations. 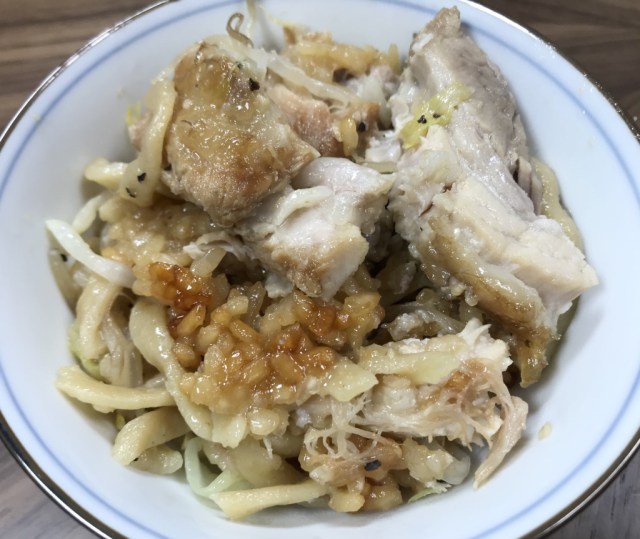 However, there were a few unexpected elements. For starters, the rice wasn’t quite as fluffy as it usually us (i.e. when we cook it without a bowl of ramen in the same pot). We think this might be because the extra ingredients kept the rice from getting as much heat as it ordinarily does. 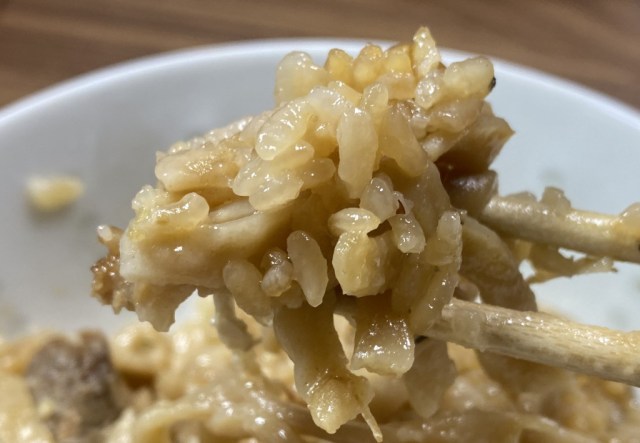 This is probably partially our fault. When we started our rice cooker, we had it set to its standard white rice setting. However, there’s also a setting for making takikomigohan, rice with seasonings and other vegetables, and that’s really the setting we should have used, since it cooks the rice a little more thoroughly.

In addition, while the garlic and pork flavors were strong, we could have done with a bigger contribution from the broth. Again, tough, we kind of have to blame ourselves for this, since we used a non-broth style of ramen with only the thick tare. Replacing some of the water we used for cooking with ramen broth instead probably would have given us a bolder taste. 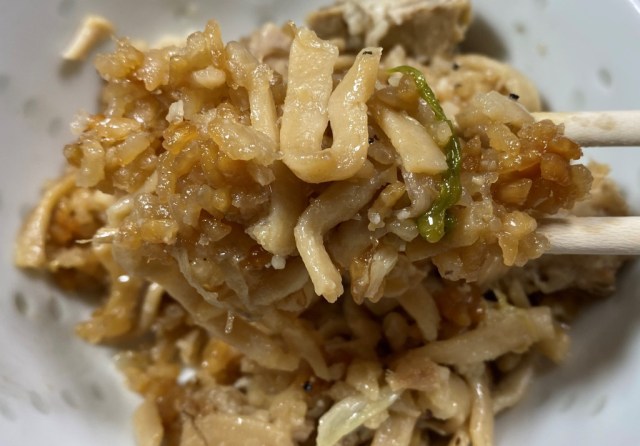 That said, this was still a tasty and very filling creation, and we’re looking forward to whipping up another, even better batch.

Rural Japanese homes are selling for $500 or less

Japan is riddled with millions of vacant homes, called akiya, that local governments hope will sell for next to nothing. (nypost.com)
Source https://newsonjapan.com/

Driving the backroads of Nagoya

Even though Nagoya and the greater Chubu region of central Japan comprise the country’s third-biggest metropolitan area, it isn’t the most public transport-oriented compared with its Osaka and Tokyo counterparts. The reasoning is straightforward; before about 1920, there wasn’t much to the city except a few stations on the important Tokaido road linking Kyoto and […]

With the rainy season and the humidity ramping up like an overly-confident Evil Knievel, June is perhaps one of the least favored months in Japan. However, with that said, this combination of conditions is precisely what is required for one of the more beautiful, natural sights: the glow of the firefly. In her 1002 CE book Makura […]

Woman, son accused of suffocating her knife-wielding husband to death with bag

Son told police, ‘I did not intend to kill’

The post Woman, son accused of suffocating her knife-wielding husband to death with bag appeared first on TokyoReporter.

A Basic Guide to Japanese Apartments in Nagoya

To start with, apartments in Japan are measured in “Jo.” Jo uses the size of one tatami mat, the traditional rice straw flooring in Japanese homes, to express the size of rooms. The measurement is used for room size regardless of whether or not the room actually has tatami. 1 tatami, or 1 Jo, is […]

Ex-Alpen chairman not prosecuted after alleged sexual assault of woman

Taizo Mizuno resigned as chairman after his arrest earlier this month

The post Ex-Alpen chairman not prosecuted after alleged sexual assault of woman appeared first on TokyoReporter.