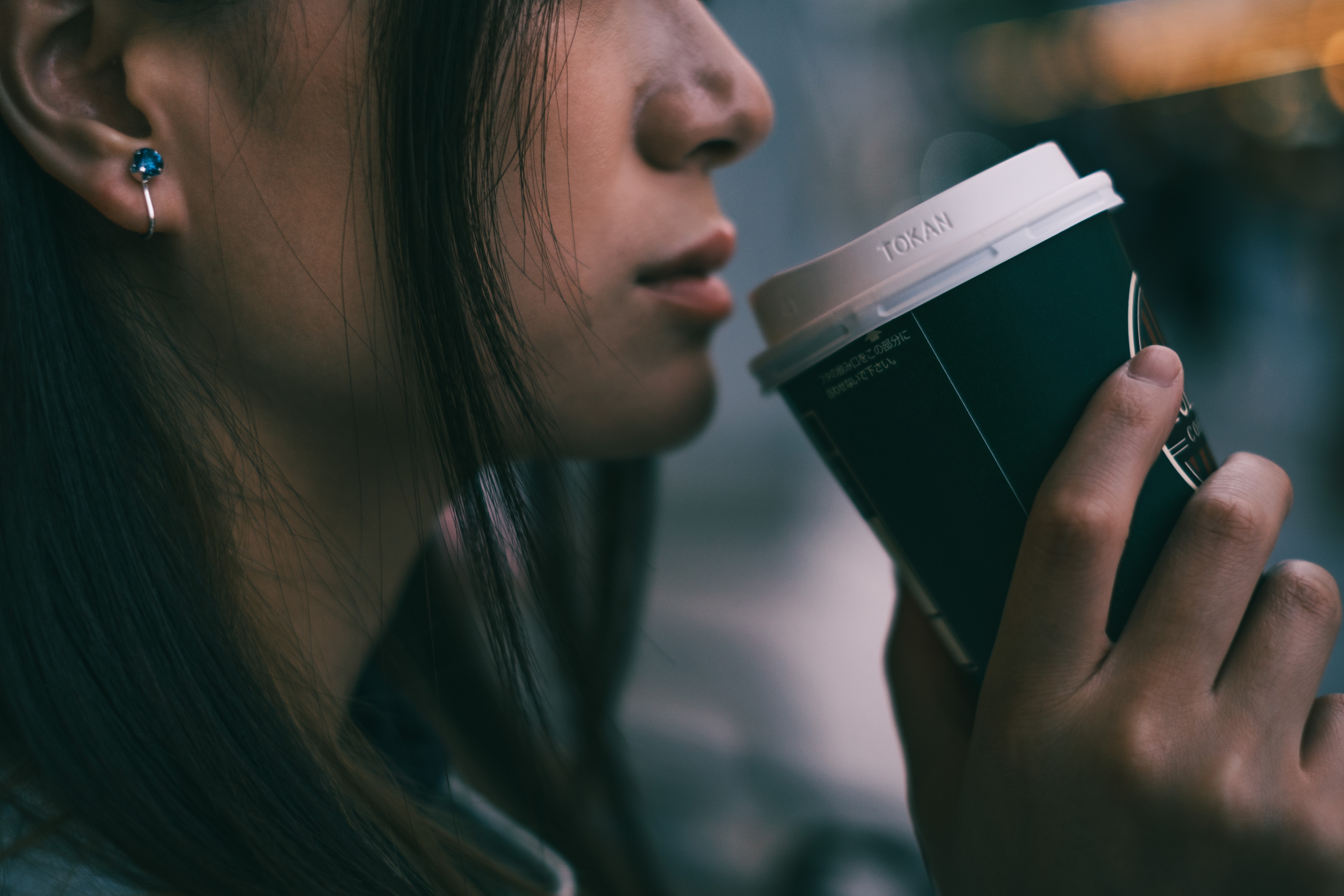 If you’re someone who always has to stop and get coffee on the way to work, take note! Lawson’s budget-friendly convenience store coffee shop “Machi Cafe”–whose staff insist on handing you your coffee even if you don’t want them to–is now even more wallet-friendly, because they’re offering customers who bring their own travel mug or tumbler an even better discount than usual!

Since the introduction of Machi Cafe in Lawsons around the country in 2011, the company has always offered a decent 10-yen (US$0.09) discount to customers who bring their own container in an effort to help reduce their single-use plastic waste. Since 2017, however, they’ve made it their goal to reduce their plastic consumption by 30 percent by 2030, so they have been working to do more to reach that goal.

For instance, in 2019, they switched to selling their iced coffee in a paper cup and replaced the lid with one that doesn’t need a straw. This summer, they’re thanking their customers for helping with that goal by offering a 39-yen discount for coffee fans who bring their own travel mug! 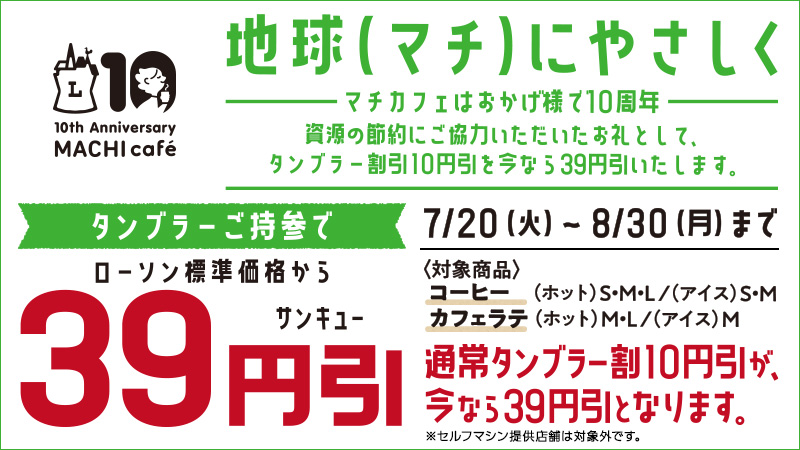 That beats out Starbucks Japan’s 20-yen discount (which is normally better than Lawson’s usual discount, though Lawson’s coffee is generally cheaper anyway), so if you’re addicted to coffee but on a budget, Lawson is the place to go. The discount applies to both hot and cold coffee and latte drinks (excluding the mega size, which does not count for the normal tumbler discount, either).

They’re calling it the “Thank you” discount (because 3=”san” and 9=”kyuu”, adding up to “sankyuu”), but it won’t be around for long; this nice benefit will only last till August 30, so get your coffee fill while you can! You can even bring your favorite Starbucks travel mug; don’t worry, no one will judge you.