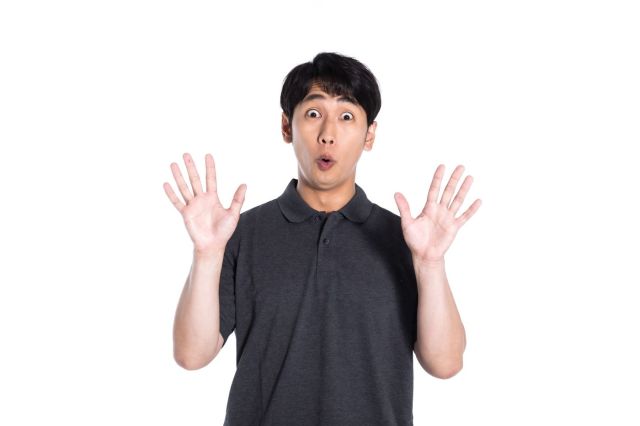 This isn’t the type of self-service they were meaning.

Japan is scattered with well-intended English-language signs that contain seemingly obvious translation mistakes, with even big companies like Pizza Hut and Osaka Metro proving that the simplest of messages run the risk of becoming lost in translation.

These “Engrish” mistakes, as they’re known, often make native English speakers smile, but one recent find had people blushing in embarrassment instead. That’s because a chainstore in Japan decided it was okay to display this: 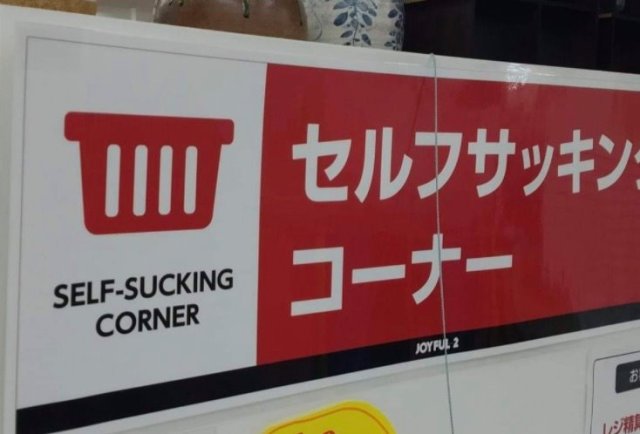 That’s right — a section of the Arakawaoki branch of the Joyful 2 hobby specialty store, located at Tsuchiura in Ibaraki Prefecture, had a sign that read “Self-Sucking Corner“. And that’s not the only branch where the sign was displayed, as it was also photographed at the chain’s Chiba New Town branch in Inzai, Chiba Prefecture. 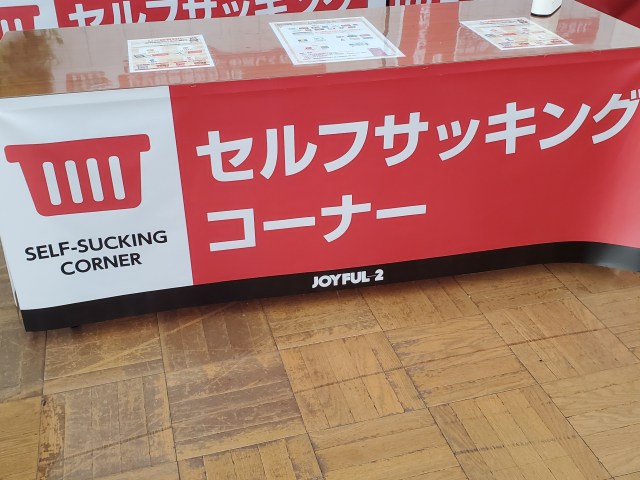 While the English sign was intended as a nice gesture designed to help English-speaking customers, it no doubt left them scratching their heads instead. While “self-sucking corner” gives a whole other meaning to “Joyful 2”, the actual act of self-sucking in a corner of the store would be legally off-limits, and likely physically impossible, so what were they really aiming to convey with this sign?

The reason for the mistake is revealed in the katakana message printed next to it, which reads phonetically as “self-sacking corner“. The problem occurs with the word “サッキング”, as the (sa) sounds similar to the “su” in the English word for “suck”, so much so that a search for “サッキングパッド” (read phonetically as “sacking pad“) on Google will take you to “sucking pads”, a product designed to be added as an attachment to baby carriers for babies to suck on.

With the katakana word for “sack” being used to mean “suck” in some cases, and “sack” at other times, the confusion between the two words becomes understandable. Still, the store sign was so noteworthy for its hilarious mistake that it even made its way to Japanese sites, where Japanese commenters had a laugh at the sign as well.

“So…what happens if I self-suck at the self-sucking corner?”
“My body isn’t supple enough for this store.”
“Mistaking “u” and “a” can make a huge difference!”
“Businesses should really avoid posting signs they don’t understand themselves!”
“It’s hard to tell the difference in pronunciation between ‘sucking’ and ‘sacking’.”

It’s true that these small nuances in pronunciation make it difficult for Japanese speakers to differentiate between the two words, especially when it comes to speaking and listening. It’s one of the many reasons why Engrish exists and continues to this day, even creating blunders that include making Kyoto the enemy of the world. Oops!